A common but tricky contention in GAO bid protests is an allegation of the existence of a FAR Conflict of Interest (FAR OCI policy regulations) under FAR 9.5. This rule prevents unfair advantages, based on factual evidence, to companies 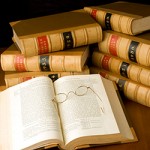 working for the government and paving the way for conflict of interest in future procurements.

Watson’s bid protest law firm, with law offices can help government contractors to sift through the complex details in OCI contracting and in preparation for filing a GAO bid protest or developing an OCI mitigation plan.

In federal procurement, an Organizational Conflict of Interest can be attributed to the contractor firm or an individual. The conflict of interest definition under FAR 9.5 means that due to relationships with third parties and the federal government, that person or business may not be able to give impartial advice to the government. Find how Government Contract Novations can impact your small business status.

The definition under FAR 9.5 OCI regulations is obvious when the party providing advice to the government also has an interest in the outcome of the award. Specifically, the party could develop an unfair advantage in the procurement or bidding process when the government relies on their advice.

Spouses, contractor staff violate the OCI regulations if they receive financial incentives that lead to compromise of their ability to carry out their legal obligations to the contracting agency.

The Federal Acquisition Regulation (FAR) and OCI contracting require that contracting officials avoid, neutralize, or mitigate significant potential conflicts of interest so as to prevent an unfair competitive advantage or the existence of conflicting roles that might impair a contractor’s objectivity. See FAR 9.5. Contractors can reduce attacks by drafting a viable OCI mitigation plan.

At the contracting agency, the responsibility for determining whether an actual or apparent conflict will arise, and to what extent the firm should be excluded from the competition, rests with the contracting officer. It always helps to develop a viable mitigation plan.

To speak to a bid protest attorney about organizational conflict of interest in government contracts or to develop an OCI mitigation plan, call 1-866-601-5518. FREE INITIAL CONSULTATION.

GAO will only review the reasonableness of a contracting officer’s investigation of the FAR Organizational Conflict of Interest including the OCI Mitigation Plan. If the CO’s investigation is meaningful, GAO will not rule for the protestor.

In reviewing bid protests that challenge an agency’s conflict of interest determinations, the Court of Appeals for the Federal Circuit has mandated application of the “arbitrary and capricious” standard established under the Administrative Procedures Act. See Axiom Res. Mgmt, Inc. v. United States, 564 F.3d 1374, 1381 (Fed. Cir. 2009).

To win a GAO protest alleging an agency’s organizational conflict of interest decision is arbitrary or capricious, a protester must identify “hard facts” that indicate the existence or potential existence of a conflict; mere inference or suspicion of an actual or potential conflict is not enough under OCI regulations.

Our law firm will analyze the facts to support the bid protest allegation. Good examples of conflict of interest violations include the hiring of former executives who possessed critical information and was a high position and making decisions.

In this level of protest, our lawyers would have to craft arguments to GAO as to why this situation created an advantage when looking at the intended legislation. See information about becoming a party under protest intervenor law and how to avoid mistakes as an intervenor.

If you are contemplating filing or intervening in a FAR Conflict of Interest bid protest under FAR 9.5, need help drafting an OCI mitigation plan, please contact Watson’s OCI contracting law firm at 1-866-601-5518.