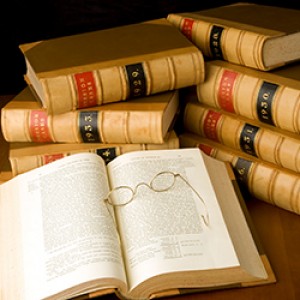 Nevertheless, when bidders decide to challenge IDIQ guaranteed minimums, they should still be aware of the rules.

At Watson & Associates, LLC our government contract small business and bid protest lawyers help clients across the country to make sound decisions and to interpret procurement statutes in a way that adds substance to basic day-to-day business operations.

To define “indefinite”, you must look at the terms and conditions of the IDQ contract itself. Given that the government must continue to use the best value approach to spend taxpayer dollars, the definition of “indefinite” is not taken literally. Generally,  FAR IDIQ contracts do not exceed a five-year period. Within the contract terms and conditions, the minimum and maximum amounts are specified.

GAO has decided that Government contracting agencies may use an IDIQ contract under FAR 16.5 where it cannot predetermine, above a specified minimum, the precise quantity of supplies or services that will be required during the contract period and where it is inadvisable for the government to commit itself to more than a minimum amount. Federal Acquisition Regulation FAR 16.504(b); Aalco Forwarding, Inc., et al., B-277241, B-277241.15, Mar. 11, 1998, 98-1 CPD ¶ 87 at 6.

Since the multiple award IDIQ procurement definition does not specify the precise work that will be provided and is not a requirements contract, the agency applies an explicitly guaranteed minimum in IDIQ contracts, or quantity consideration, to bind the parties.

To ensure that a contract is binding, the minimum quantity must be more than a nominal amount, but should not exceed the amount the agency is fairly certain to order. FAR 16.504(a).

Federal procurement regulations, FAR 16.5  and GAO bid protest decisions have recognized that there is not set number or formula that shows what is a nominally guaranteed minimum for IDIQ contracts. However, the determination of whether a stated minimum quantity is “nominal” must consider the nature of the acquisition as a whole. Carr’s Wild Horse Ctr., B-285833, Oct. 3, 2000, 2000 CPD ¶ 210 at 3. Find out more about the VA’s small business set aside rule of two.

The guaranteed minimum in multiple award IDIQ contract vehicles makes some effort to make the government to offer some level of consideration. Otherwise, bidders would use substantial resources when responding to government proposals. Then the government buys nothing. This would not pass the reasonableness test. Also, find out more about claims and adjustments under the Davis Bacon Act wages requirements.

Companies should seriously consider whether it makes sense to respond to IDIQ contract vehicles with a guaranteed minimum about. One way to make a sound business decision is to see whether the Agency has provided any historical data in the solicitation. This would be the only data to help your decision to bid. Call our bid protest law firm for immediate help at 1-866-601-5518.