A common issue that arises in bid protests is FAR unbalanced pricing. When solicitations expressly state that the agency will perform a cost analysis for price imbalance, there is still more to the legal 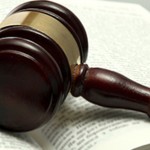 cost analysis. Issues such as whether the procurement was under a multiple award IDIQ Contract schedule under FAR Part 16 must be addressed.

What is Unbalanced Pricing Under FAR 15.404 Cost Analysis?

Unbalanced pricing cost analysis occurs when, despite an acceptable total evaluated price, the price of one or more contract line items is significantly over or understated as indicated by the application of cost or price analysis techniques. See FAR 15.404‑1(g)(1).

Areas where the risks of unbalanced pricing are greatest include pricing where base quantities and option quantities are separate line items, or where the reasonable price is the aggregate of estimated quantities to be ordered under separate line items of an indefinite-delivery IDIQ contract. See FAR 15.404‑1(g)(1)(ii)-(iii). Unbalanced pricing also exists when, despite an acceptable total evaluated price, the price of one or more line items is significantly over or understated as indicated by the application of cost or price analysis techniques.

Contracting officers may evaluate unbalanced pricing to determine if it increases performance risk and could result in the payment of unreasonably high prices. FAR 15.404-1(g)(1). Where unbalancing is found, the contracting officer must then consider the risk posed, including the risk of paying an unreasonable price, and must consider whether to reject the offer if the risk is unreasonable. See FAR 15.404-1(g)(2)-(3). While both understated and overstated prices are relevant to the question of whether unbalanced pricing exists, the primary risk to be assessed in an unbalanced pricing context is the risk posed by overstatement of prices. See Crown Point Sys., B-413940, B‑413940.2, Jan. 11, 2017, 2017 CPD ¶ 19 at 5. Courts  will review for reasonableness both an agency’s determination as to whether an offeror’s prices are unbalanced, and an agency’s determination as to whether an offeror’s unbalanced prices pose an unacceptable risk to the government. Gulf Master Gen. Trading, LLC, B‑407941.2, July 15, 2013, 2013 CPD ¶ 210 at 5.

When the contracting officer sees that a bid has unbalanced pricing, he or she is required to consider the risk to include paying other than reasonable price, and if rejecting the offerors bid price proposal would be unreasonable. See FAR 15.404‑1(g)(2)-(3). The agency’s documentation of unbalanced pricing is usually where the government gets in trouble. These are all business judgment decisions that should be detected when deciding to file a bid protest.

Bid protest approach: The first line of thinking  when litigating unbalanced pricing in bid protest is whether the government actually considered the offeror’s bid for imbalanced pricing. If it did, then a protestor runs the risk of showing a mere disagreement with the agency’s evaluation findings. The stronger position to be in is to show that the agency did not consider pricing in accordance with the solicitation’s terms. Be careful not to change forms or attachments in the solicitation. See where GAO takes a hard line about agency rejection of bid for changing proposal forms.

How does GAO Look at Under FAR 15.404 — FAR Cost Analysis for Unbalanced Pricing Bid Protests?

If the government states that it did consider the awardee’s cost proposal for unbalanced pricing under FAR 15.404, GAO will only review the record and government’s cost analysis to determine if the contracting officer made a reasonable cost analysis determination.

How do protestors prevail in a bid protest?  When litigation bid protests based upon unbalanced pricing, the protestor must show that (1) one or more prices are overstated / understated. Protestors must also be aware that government contracting agencies are not required to reject an offer solely because it is unbalanced. See Ronsons SDVOSB P&L JV-1, B‑410605, Jan. 6, 2015, 2015 CPD ¶ 1 at 4.