With government contracts, the Competition in Contract Act (CICA contracting ) provides that when conducting procurements for property and services,  agencies are required to 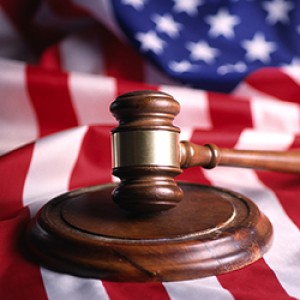 What Can You Do?

When you think that the government may not be following the rules, there are few options. One would be to file a bid protest either at GAO or the U.S. Court of Federal Claims. However, one question you may want to ask is whether the agency has justification for other than full and open competition. Simply because full and open rules have not been met does not mean that the government does not have support of its  actions. If you file a bid protest, it would likely be considered a pre-award protest.

If companies are contemplating filing a GAO protest that challenges the agency’s sole source justification decision, they should be well aware of the government’s latitude under CICA. Failure to understand the complex nuances increases the chances of losing the case.

What is the Competition in Contract Act? CICA Sole Source Exceptions Under 10 USC 2304

When filing a bid protest, contractors may wonder under what circumstances constitute justification for other than full and open competition authorized. Contractors  must be aware that there are exceptions that allow the agency to go to a single source without an urgent and compelling circumstance.

One exception to the CICA contracting requirement for full and open competition is if the head of the agency determines that it is necessary for the public interest to use other than competitive procedures in any “particular procurement.” 10 USC 2304 (c)(7).  See also information about FAR sole source justification and approval awards.

Under what circumstances is other than full and open competition authorized?

The authorizing contracting official must make a written justification and approval and a finding supporting the use of the public interest CICA exception that “set[s] forth enough facts and circumstances to clearly and convincingly justify the specific decision made.”

FAR 206.302-1  Only one responsible source and no other supplies or services will satisfy agency requirements.

(2)(i)  Section 8059 of Pub. L. 101-511 and similar sections in subsequent defense appropriations acts, prohibit departments and agencies from entering into contracts for studies, analyses, or consulting services (see FAR Subpart 37.2) on the basis of an unsolicited proposal without providing for full and open competition, unless—

(i)  Following thorough technical evaluation, only one source is fully qualified to perform the proposed work;

(ii)  The unsolicited proposal offers significant scientific or technological promise, represents the product of original thinking, and was submitted in confidence; or

(2)  A civilian official of the DoD, whose appointment has been confirmed by the Senate, determines the award to be in the interest of national defense; or

(3)  The contract is related to improvement of equipment that is in development or production.

(b)  Application.  This authority may be used for acquisitions of test articles and associated support services from a designated foreign source under the DoD Foreign Comparative Testing Program.

(d)  Limitations.  Follow the procedures at PGI 206.302-1(d) (DFARS/PGI view) prior to soliciting a proposal without providing for full and open competition under this authority.

Watson’s Bid protest lawyers can guide you through the complex CICA Contracting regulations.

When filing a bid protest, GAO will review the agency’s full and open competition justification to see if the document issued by the agency, on its face, provides a clear and convincing explanation that the restricted competition and furthers the public interest. See also information about bid protest procedures and process.

Find out how we can help you to appeal adverse decisions to the US Court of Appeals for the Federal Circuit.